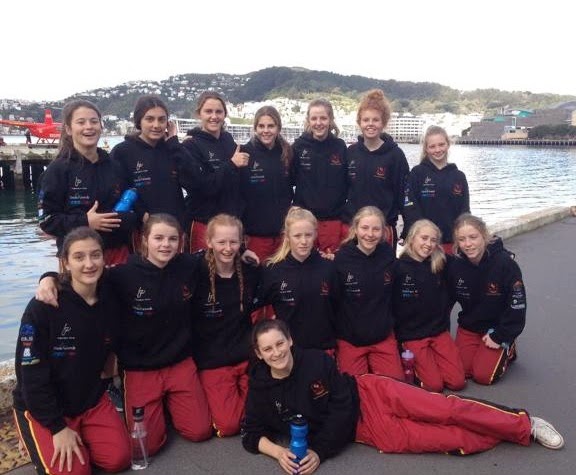 Tournament week is definitely one of my favorite weeks of the year, an entire week off school playing football. Also after the recent successes of our football team we were definitely in it to win it, which added to the excitement, as well as it being in Wellington this year.

We stared the week with an early morning flight to Wellington, I checked in with my bags and also my bike, I had to train during the week because National Individual Champs were being held at the end of the week. After a rather turbulent flight, we landed in the sunny but windy, Wellington. We arrived at our hotel which was very close to the inner city and unpacked all our gear, then we decided to make the most of the weather and go for a walk. Along the waterfront and back we went, enjoying the sun and sorbet ice creams that we bought, relaxing and getting prepared for the big week ahead. 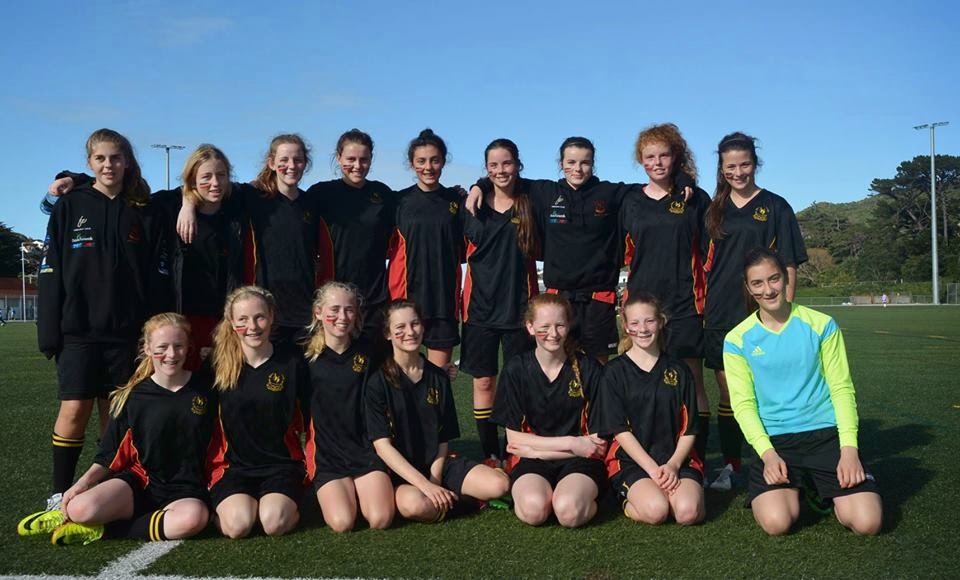 Monday and Tuesday bought for a Baradene clean sweep, four wins, over four games gave us a huge advantage, and we were comfortable sitting top of the table. Wednesday morning bought another win, but the end of the round robin round, from here on was the all important knockout stages. We had a game-free Wednesday afternoon which was spent at the local pools, and of course, shopping in the city. That night we went to dinner at a local restaurant to celebrate the success of the tournament so far. Halfway through dinner I started to feel very unwell, that night I hardly slept, with a bad temperature and headache! The next morning I was feeling much worse, so I was taken to the local medical center, and diagnosed with a nasty virus. I went along to the quarterfinal game to watch the team win 4-0! In the afternoon I was feeling slightly better but I was so determined to play and help the team, I went on for half the game and we won that too!!! On to the final it was!

The next morning I felt the sickest I have ever been, I knew that I couldn't play but watching the team play and supporting them was the best I could do! All week the weather had been amazing, so sunny and warm, but finals day was a whole different story. The wind and rain was fierce and it was freezing! The team we were playing was Sacred Heart Wellington, a local college who we had played and scored 4 goals against in the previous rounds. But within 15 minutes Baradene conceded a free kick which went straight into the goal! Our determination and grit really showed in this game though, we never gave up and scored two goals back to go up 2-1. It remained like this for the remainder of the game until the final whistle sounded, and we, Baradene 1st Xl were crowned 2014 Grant Jarvis National Satellite Tournament Champions! This was an amazing achievement and I am extremely proud of this huge achievement!

Sadly due to the virus I was unable to race in the National Individual Cycling Champs the following day, which I was very gutted about but I still returned to Auckland with a medal in hand and the amazing experience of tournament in my mind. 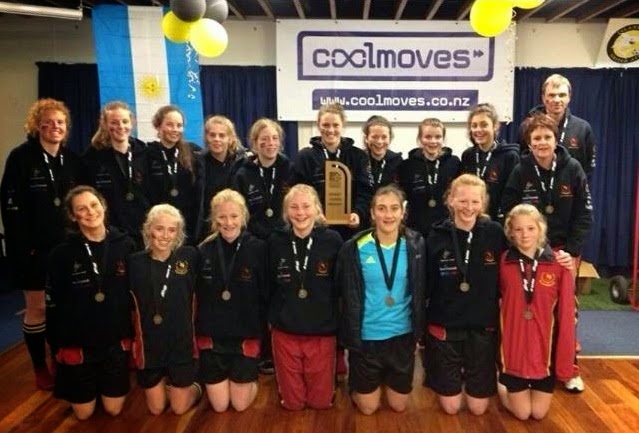